It’s kind of shame to say, as a computer science major professional, I have never build my own desktop computer ever, until recent. All because the old desktop dead (purchased 2012), I finally made the decision to DIY a powerful amateur deep learning machine.

Here I will record all the pitfalls, caveats, and tricks during the building processes. Hope could provide some help or hint for people would like to build their dream game (or amateur machine learning) machine.

Here is the components list for my build on PCPartPicker. The currency is Canadian Dollar since I’m living in the cold North (but don’t have the wall of cause).

I have spent about a month to collect all parts. The reason why it took so long is I would lik to get the price as cheaper as possible. To ensure that, I have developed several “techniques”.

The tricks use here are suitable for Canada or best North America, because these online services/stores are only shipping within North America or Canada only. However, you could definitely find alternatives within your regions/countries (check out PCPartPicker support countries). 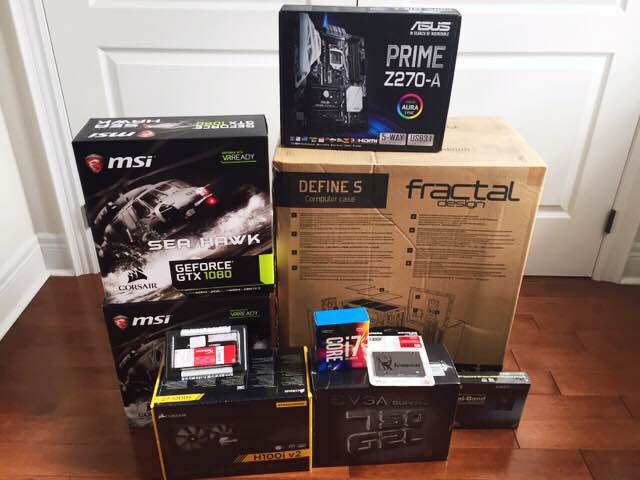 First of all, don’t forget using ebates. It’s a online rebate website, user could get instant rebate if purchase through the ebates supported vendors online. The rebate rate is from 1% to 5%. Although not much, better than nothing.

Second, use price matching. Many online store support price matching, some even give 10% more off (I only found one). The Memory Express is one of my favorite computer component online shop. It provides the lowest prices most of the time, moreover, its price match is better – match the price plus 10% off on the difference. E.g, a CPU costs $500 on ME, another store has lower price for the same CPU, let’s say it $400, then the price on ME after the price match is 400-(500-400)*10% = $390. The only con shopping on ME is they charge shipping fee and don’t have local store in east Canada.

As mentioned above, the shipping fee may also cost a lot, especially the item weight increases. So if online store has physical store, use pick up wisely. I have purchased several parts on NCIX and Canada Computer just to save the shipping fee. Even more, both also provide price match, which make them more affordable.

Amazon also has great deals eventually, but due to the currency exchange rate Amazon Canada alway have match higher price regardless of the physical distant is so close. Therefore, using Amazon US is also a good option if living near the boarder. Sometime, even including the import fee purchasing from Amazon US, the price is still cheaper than in Canada. What a life Canadian is!

Finally, wait holiday or promotional events. Especially Boxing day, you could get the best price. However, normally the quantity are limit. One of my friends bought he loved GPU by lining up at 5am in front of the store.

It is usually easy to assembly the parts (just follow the manual), however, my build is a little bit special that have three radiators – one for CPU, two for GPU. Not many people using dual GPU with AIO liquid radiators, which makes there is no much info online to help me choose the right case.

After googling, I conclude the Define S could be the best fit for my needs. But I was only half right. Define S is well designed for water cooling system, and beautiful out look. I’m definitely satisfied with the choice. However, the case is a little bit wider to put the GPU AIO radiator on the front panel.

As the above pic shows, I have no options to put the radiator into the tiny space beside PSU. Here is the part I love Define S, it supports the bottom fan and saves my day. Otherwise, I would have to disassemble all parts and exchange another case, then do it again.

At the bottom front panel, another fan is installed to pull air in to provide positive air pressure. The air flow inside the case illustrates in the following pic: 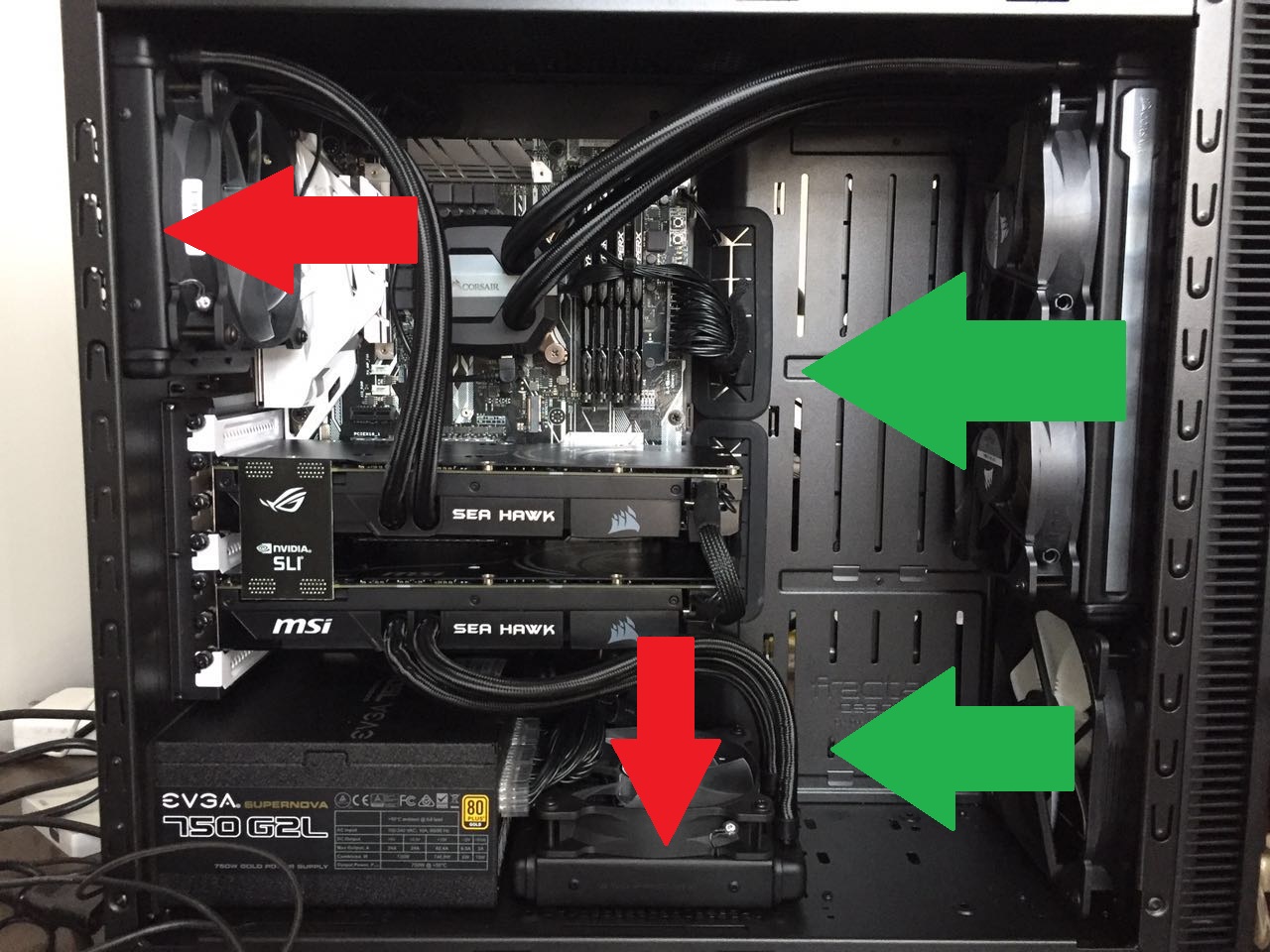 After a day and a night, the PC finally up and run. Here is some conclusions I learned:

Here is the complete shot:

Update(2017-Aug-14): I also bought an M.2 SSD to install the Ubuntu OS, as the most machine learning algorithms are build upon Linux system. Moreover, the driver officially provided for the Asus USB-AC51 is not compatible for Ubuntu 16.04 LTS (I also tried several customized drivers, they may fit the 14.04 LTS but not the 16.04). So be careful when purchase the USB Wifi adapter, here is a list that has some “work out of box” USB for Ubuntu 16.04 and above.

Update(2019-Jun-24): Recently bought another M.2 SSD for share disk between Ubuntu and Windows. Due to recently SSD price drop, the 960G SSD only cost $150 (included tax). Even cheaper and faster than 500G SATA SSD I bought 2 years ago. How technology changes so fast! To mount the new SSD in Ubuntu, I followed the top answer in the StackOverflow post. 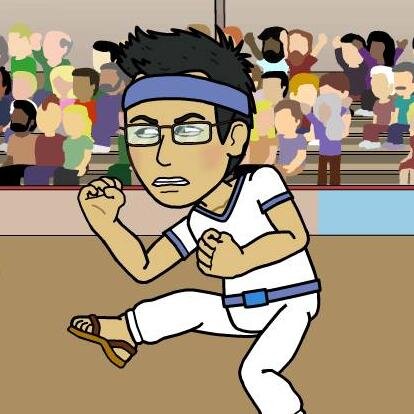